On Saturday February 3rd. twenty six ramblers assembled at the car park at Mulligans Pub on the outskirts of Moneynena Co. Derry to take part in a B/C walk to Crockmore (478m) / Crockbrack(526m). The group set out along the Drumderg road following the marker posts for the Crockbrack Way. The weather was damp and drizzly when we set off but as we progressed uphill and on to a mountain track conditions deteriorated. The views across the countryside which we had hoped for were shrouded in mist. As we left the track walking towards the higher summit of Crockbrack we were plodding through very wet boggy terrain while the rain had now become hail, sleet and snow. On reaching the summit we became aware that one walker was struggling with the cold and feeling very weak. We soon decided that help must be sought. The Mountain Rescue personnel were alerted. Lunch was taken and it was decided that everyone would return to the starting point by the same route we had followed up. A group of five remained with the walker who was unwell to await the arrival of the Mountain Rescue crew. The group are very much indebted to the help which was provided by the Mountain Rescue team who took great care to ensure that everyone made a safe return to Mulligans Pub. We are also indebted to the proprietor of the pub who provided tea and snacks for the entire group. It was a day which will not be quickly forgotten by those who were taking part. 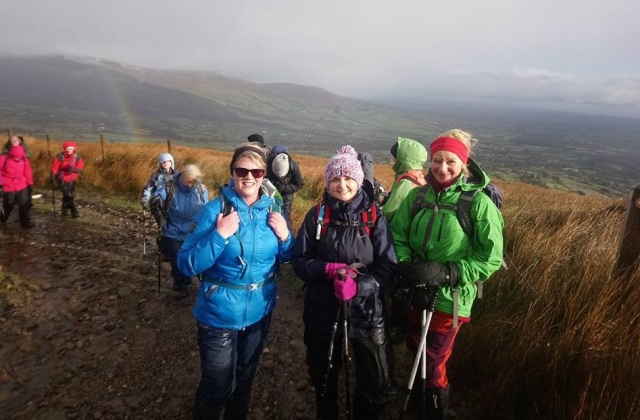 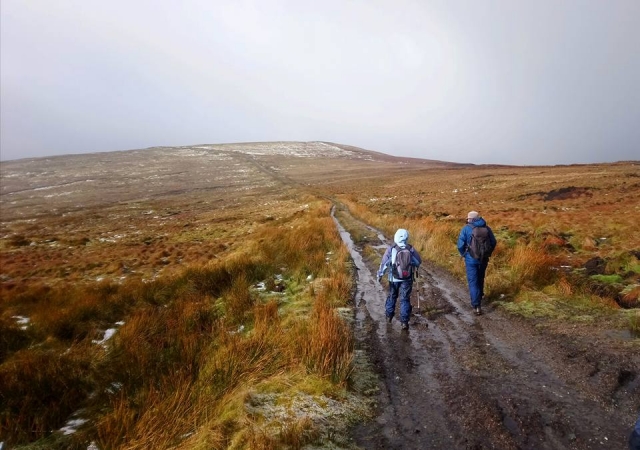 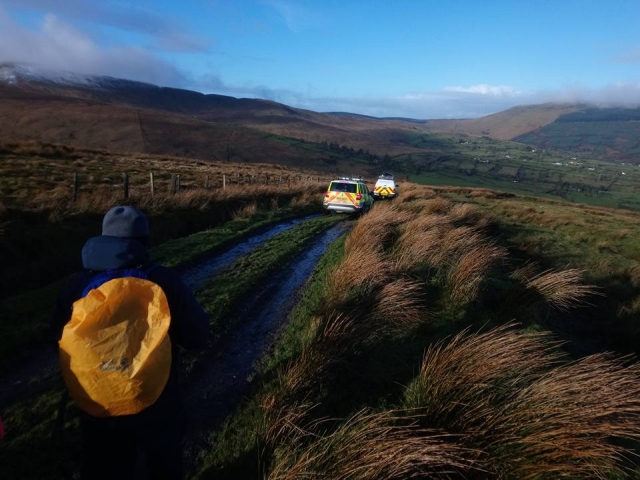