On Saturday 28 April 28 ramblers enjoyed a lovely walk, on a beautiful spring day, sunshine and showers. On arrival at Maghera, the ramblers walked from the Leisure Centre car park to St Luragh’s Old Church. St Luragh founded his monastery in the sixth century, around which the settlement of Maghera grew up. His headstone, a cross inscribed upright slab and the earthen ramparts of a rath can still be seen in the old graveyard. The ramblers looked at the beautiful carvings of the crucifixion which adorn the lintel above the doorway into the 12th Century church.
After exploring the church and graveyard the ramblers returned to their cars and drove the short distance to Drumnaph Wood. Here the walkers followed the Loch Bran Trail, named after one of the huge mythical hounds who belonged to Fionn mac Camhaill. Starting from O’Loughlins Farm, the path passed through grassland typical of the local agricultural landscape, to arrive at Loch Bran. Today the Loch is grown over with mosses, rushes and sedges and is a good example of a transitional mire. The trail continued uphill, with whinn brushes in full bloom all around to reach the highest point of the walk. From the nearby rath there were wonderful views, the unmistakable shape of Slemish, the Antrim Hills around Loughgiel, Slieve Gallion and Carntogher. Following the path to the finish point at the carpark, everyone was glad to stop for lunch.
After lunch the ramblers followed the Ruachan and Woodland trails. Some of the highlights along the way, a Fairy Thorn, the walk along the banks of the Grillagh river, a beautiful stone bridge in the area called Ruachan (Rua meaning red in Gaelic) the soil was noticeably red in colour and finally along an impressive mature hedge dominated by Holly trees to Drumnaph Wood. This wood is a wonderful mix of habitats, comprising wetland, recently planted woodland and ancient woodland. Drumnaph Wood has been traced back as far as the 16th Century, with its close canopy of Hazel and Holly interspersed with some fine old Oaks. The woodland ground flora was rich in wood Anemone with the bluebell just beginning to flower. A splendid ramble of seven miles which included a visit to St Luragh’s Old Church. 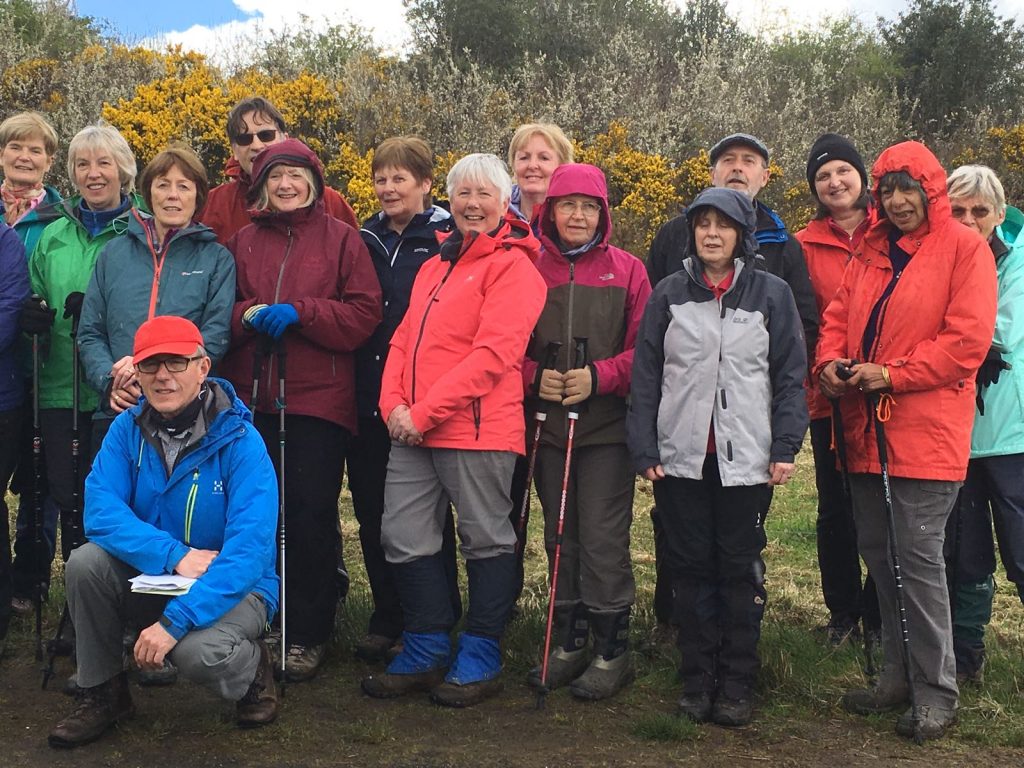 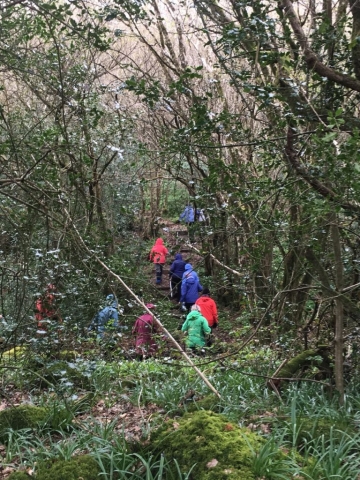 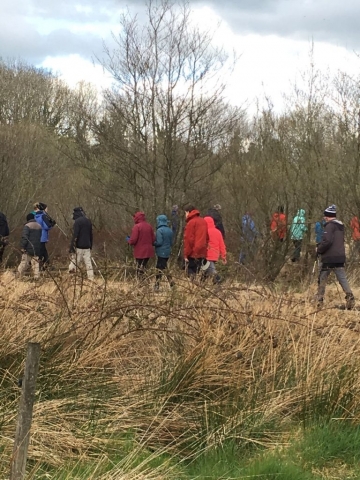 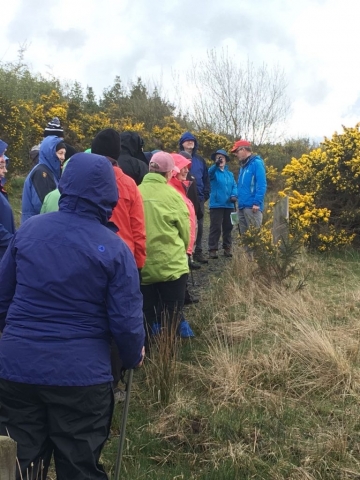 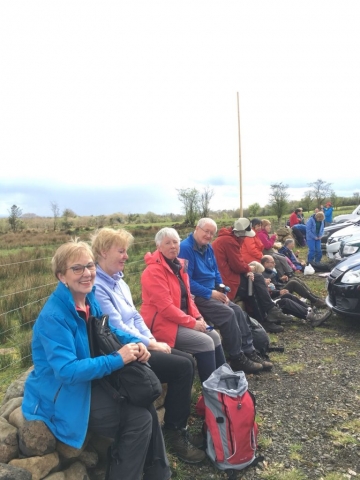