On Saturday 9 June 16 Ramblers tackled Slieve League in Co Donegal, famed for its towering sea cliffs. The walk started from the lower car park and followed the road, path and steps up to the Bunglass Cliffs. From there the party ascended Keeringear (435m) where it had to contour (and scramble) along a short section of rocks and boulders before rising on to a plateau. This led to the summit Sliabh League at 595 metres from which the party enjoyed spectacular views of the Donegal coastline and further afield. From the summit, the descent was via the Pilgrim’s Path and a road walk of one mile back to the starting point. The walk which is not one for those who suffer from vertigo, – took was approximately five hours and covered a total distance of nine miles. 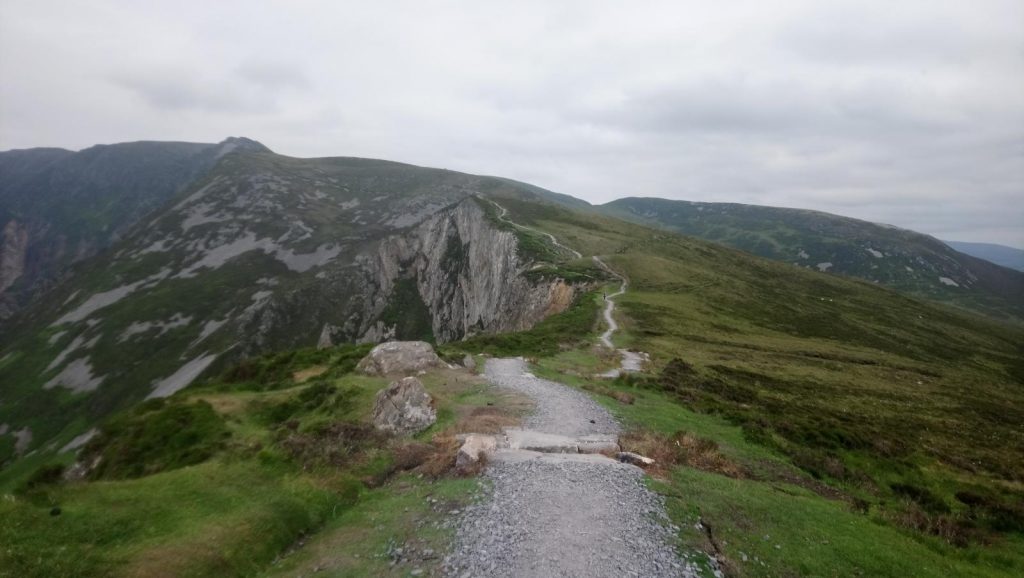 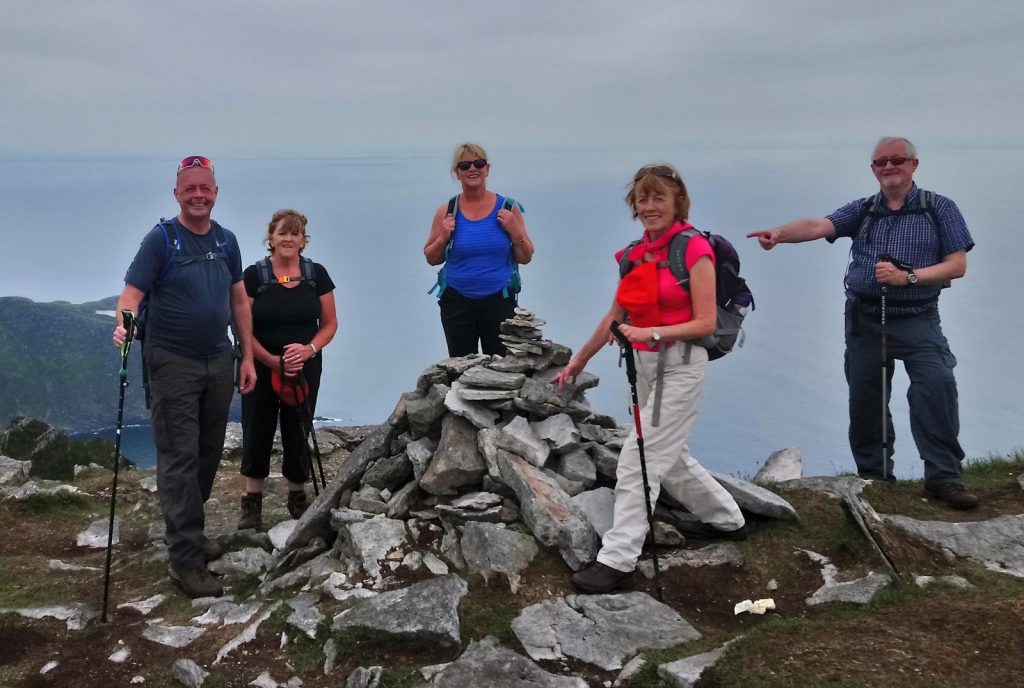 Queen of the Hill 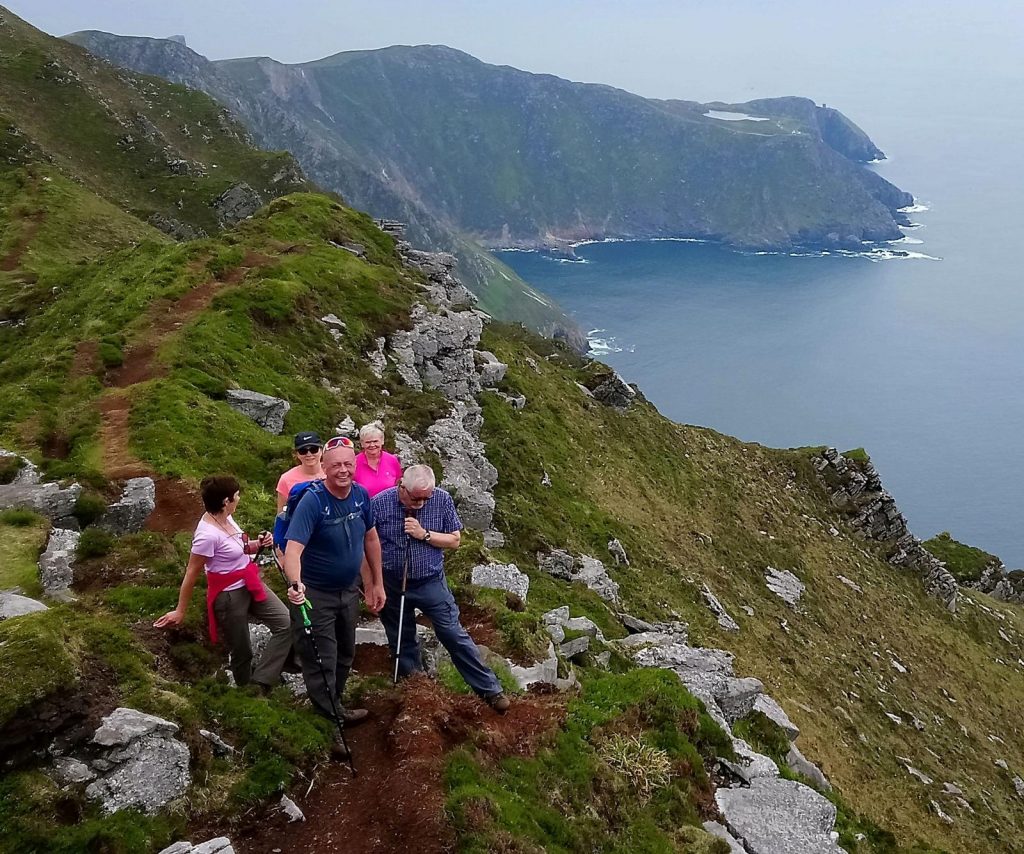 View of the headland