Eight Ramblers began the walk from a small forest clearing above Glencar Lake and followed a rough track uphill through the bog, affording views of Knocknarea and Sligo Bay.  After a gradual and then a short steep climb, we reached more level ground and followed an access road to the summit of Truskmore in Sligo at 647 metres.  Although the sky was overcast with a few showers, there were clear views across to Benwiskin, Donegal Bay, Slieve League and the Bluestacks.  After descending off the north ridge of Truskmore, we crossed the county wall back into Leitrim and climbed upwards once more to have lunch overlooking the beautiful Glenade Valley and the Arroo plateau.  From there, it was a short hike to the top of Tievebaun, the highest point in Leitrim, 611 metres above sea level.  Descending again, we continued the hike to take in Eagles Rock, a 330 metre  high limestone pillar left behind during the last ice age.  After a brief stop for some photos whilst teetering on the cliff edge with Eagles Rock as an impressive backdrop it was then a mere three mile dander over the spongy moorland back towards the starting point.  It was a thoroughly enjoyable walk and after eleven plus miles and six and a half hours, also a great workout. 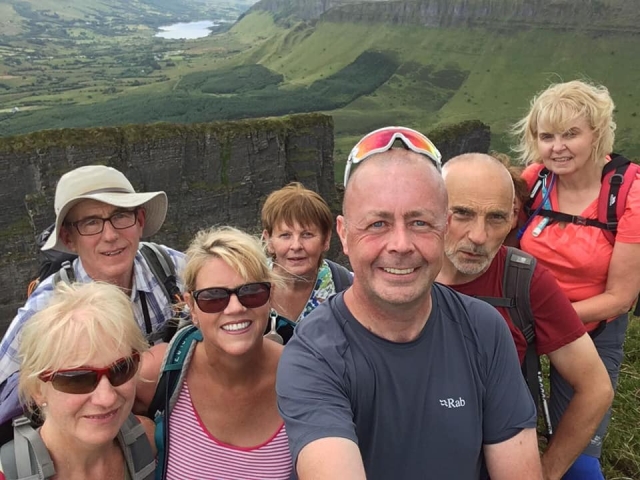 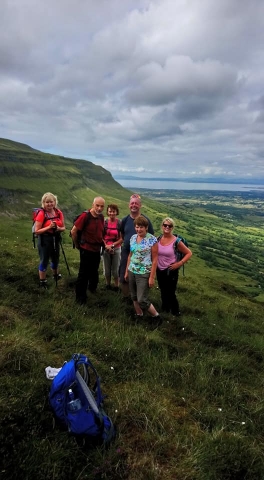 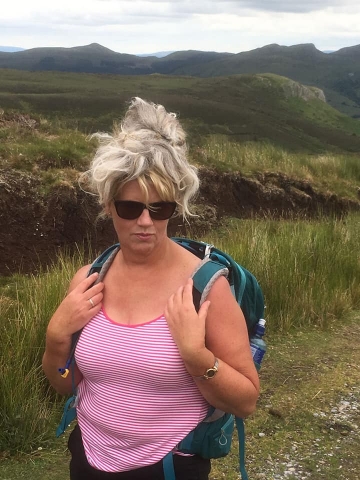 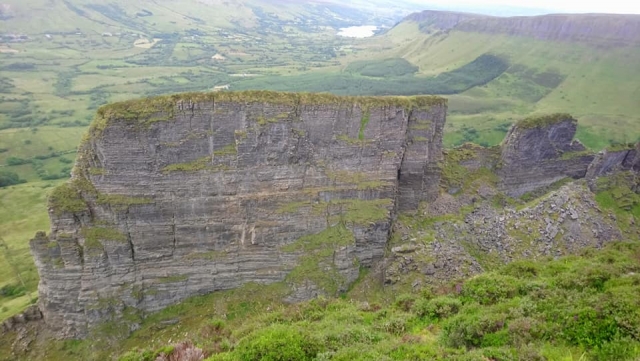 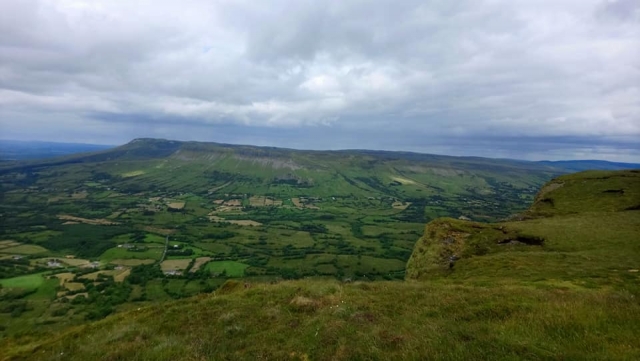 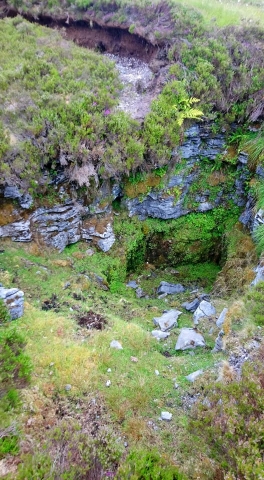